Tiare FeuchtnerAssistant Professor at the University of Konstanz 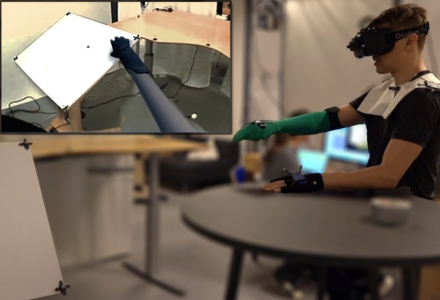 by Tiare Feuchtner and Jörg Müller

In this paper, we explore how users can control remote devices with a virtual long arm, while preserving the perception that the artificial arm is actually part of their own body. Instead of using pointing, speech, or a remote control, the users’ arm is extended in augmented reality, allowing access to devices that are out of reach. Thus, we allow users to directly manipulate real-world objects from a distance using their bare hands. A core difficulty we focus on is how to maintain ownership for the unnaturally long virtual arm, which is the strong feeling that one’s limbs are actually part of the own body.
Fortunately, what the human brain experiences as being part of the own body is very malleable and we find that during interaction the user’s virtual arm can be stretched to more than twice its real length, without breaking the user’s sense of ownership for the virtual limb. 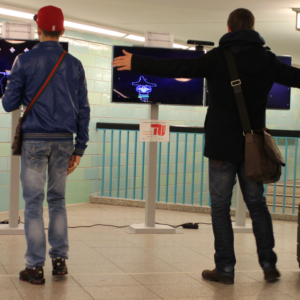 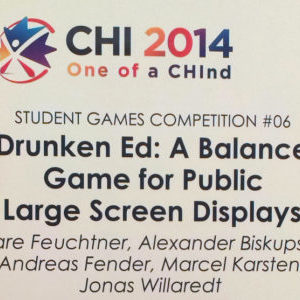 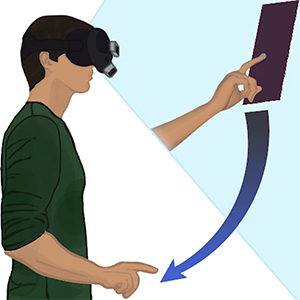